We are part of a larger national body,  the American Guild of Organists, whose mission is to foster a thriving community of musicians who share their knowledge and inspire passion for the organ.   In the NH Chapter, we serve a spread out and diverse group of dedicated organists and organ lovers.  Please attend programs or check out the resources that our chapter, and other links provide.   Thanks for visiting the NH-AGO.

Minister of Music and the Arts at the First Baptist Church of Worcester, MA

J.S. Bach Prelude and Fugue in C Major and works of Buxtehude, Scheidt, and Frescobaldi.

César Franck Chorale No. 3 in A Minor, and works of JS Bach, Howells, Elgar and Ciampa

Plymouth Congregational Church has a rich history of supporting a vibrant music program for the parish and the community. In 1985, after the church was rebuilt following a catastrophic fire, a wonderful Austin Pipe Organ was installed.  This 2 manual, 23 rank instrument has been meticulously maintained over the years.  While it is a marvelous baroque instrument, it was limited in its ability to realize repertoire from other eras.  In the fall of 2019, the church began a long process of discovery which resulted in the installation of a new four-manual digital hybrid instrument.  All 23 ranks of Austin Pipes continue to speak, but are now enhanced by the addition of nearly 60 ranks of digital stops allowing any organist to conquer any repertoire from any time period.  This new VISCOUNT instrument is a glorious addition to the musical fabric of the church and the community.  We look forward to sharing it with you!

Meredith Congregational Church is pleased to present Patrick Kreeger as a recitalist and offer a Master-Class From 3-4:30 PM, where organists are invited to bring their favorite work and Patrick will offer suggestions and critique.   Between the class and the recital, attendees will find many options for dining in the town and/or on beautiful Lake Winnipesaukee.

Giving his Carnegie Hall debut at age 17, Patrick Kreeger has established himself as one of the leading musicians of his generation. Praised by The Philadelphia Inquirer for his “elegantly detailed phrasing,” as well as having “a lot to offer beyond the organ console,” Patrick maintains a versatile career as an organist, conductor, and educator.

A native of Jacksonville, Florida, Patrick holds degrees from The Curtis Institute of Music (B.Mus.), Yale University (M.Mus.), and The Juilliard School (D.M.A.), where his main teachers included Alan Morrison and Susan Starr, Martin Jean, and Paul Jacobs, respectively. At Yale, he was the recipient of the Robert Baker scholarship and was awarded the Margot Fassler Prize for excellence in sacred music performance. At Juilliard, he was a C.V. Starr doctoral fellow, and was awarded the Richard F. French Doctoral Prize for outstanding research in his dissertation examining Brahms’s views on spirituality and mortality.

A devoted educator, Patrick was appointed to the faculty of The Juilliard School in 2019, where he teaches music theory and keyboard skills in the College and Extension Divisions. Additionally, he serves as the Associate Organist at New York City’s historic Fifth Avenue Presbyterian Church and is on the executive board of the New York City chapter of the American Guild of Organists. He maintains a small private studio, and many of his students have been admitted into prestigious music programs in the U.S. and Europe.

Please continue to visit this page for updates on the rest of our 75th anniversary year.

We thank our Patrons for their additional support.

Your donations will be listed on this website, the chapter newsletter, and in all chapter program handouts for the year.   We Appreciate your support.

The mission of the American Guild of Organists is to foster a thriving community of musicians who share their knowledge and inspire passion for the organ. 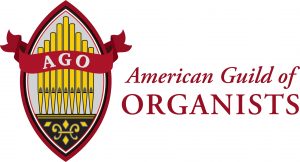